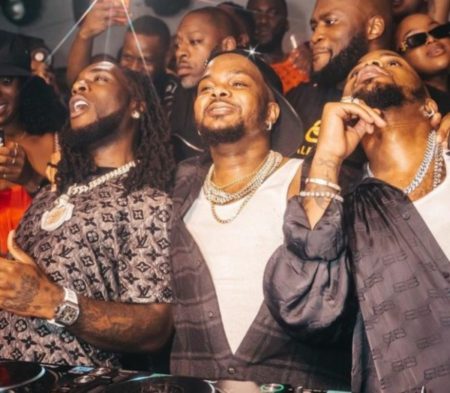 The Amapiano DJs announced the show weeks ago, hoping for a huge turnout and it exceeded their plan as it was a success.

In the video shared, Uncle Vinny who is set to drop his official debut single is spotted dancing on a table on other to cheer the crowd, while Burna is seen grooving to the set played by the duo while standing beside them.

Tiwa Savage and DBN Gogo were also there to give their support which the DJs appreciated.

“What a crazy night London 🇬🇧. Thank you to @realbalconymixafrica and my whole team. Let’s keep the culture going. South Africa 🇿🇦 see you this weekend for the 75 Hour Music Service,” they captioned post.

Check out photos and the video below:

Without much ado, read and enjoy for free without stress on the internet but do not forget to drop your comments below