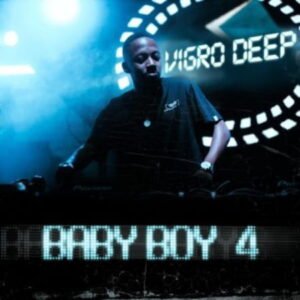 Award winning South African Disc jockey & record producer Vigro Deep was born on September 6, 2001, in Atteridgeville, West of Pretoria South Africa. Vigro Deep is well recognized in his country as one of the youngest DJs and for his hit tracks. Vigro Deep – Baby Boy 4 Album

The prestigious SA music art whose birth name is Kamogelo Phetla, had always loved music and wanted to have a musical career since his childhood days. The talented DJ could not focus on his academic works due to his flair for music and had to quit schooling in his 10th grade, to enable him to develop his music career fully.

In 2017, the talented DJ began his music career by learning to produce beats and songs. He chose and performs amapiano genre in his language and became famous for his main tracks.
Since 2017, Vigro Deep decided to be an independent DJ and music producer. He has refused to sign up under any record label in order to have the liberty to make choice beats and songs. The young amapiano DJ and producer Kamogelo Phetla, has outgrown Tshwane and local club performances and hoping to perform on international stages.
In 2018, he became recognized as one of the leading producers of the amapiano house music sub-genre in his country.
Vigor Deep has been a wonderful performer, thrilling his fans and music lovers with his unique sound, inspired by Tshwane and how they move their bodies to his beats.
At the age of 17, he released his album titled Baby Boy, in 2019 released his Baby Boy 2 Reloaded. His ‘Untold Story’ and ‘Bundle of Joy’ are the most loved by fans and South African music lovers in his latest album.
Vigor Deep is acquainted with Victor Ngcongwana one of the founding members of the Godfather Of House. He was tutored on making beat by Victor Ngcongwana. To become one of the most sort after DJs, Vigro Deep is being mentored by DJ Buckz and Oskido.