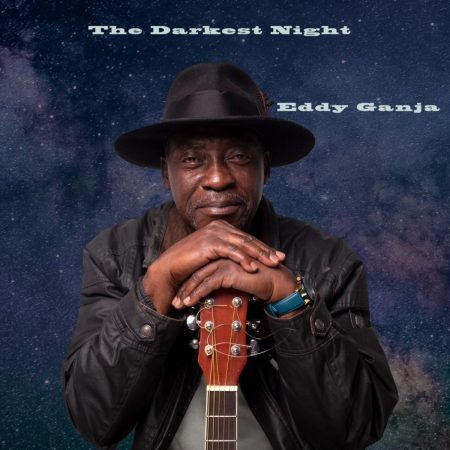 Prestigious & well respected Composer, Guitarist/Solist, Producer, Songwriter, and Singer, Eddie Ganja started. his music journey early in 1969 with the Crane. Band before joining Afrigo Band in 1969. He has been part of the band touring the world. Eddy Ganja is a mentor to so many young guitarists and an inspiration to his sons as they also decided to join the music industry because of his association to the growing industry of Uganda. Download Eddy Ganja – The Darkest Night mp3 download and enjoy

Johannesburg, 16 December 2022- Just like the sun rises, it will eventually set for eternity. Eddy Ganja, who is a member of the legendary Afrigo band, drowns his sorrows through the lyrics of his latest single titled The Darkest Night, expressing how he misses and chooses to mourn his late wife.
The single narrates a story of a person that their significant other in the middle of the night. The song takes me back to when my wife fell terminally ill, and I felt helpless as she passed on while I was watching her. I live with a vivid memory of what happened during the darkest night of my life. I composed the song and named it The Darkest Night because it came from a place of hurt and to start my journey of dealing with the heartache to eventually accepting my new reality, says Eddy.

The Ugandan-born composer, producer, singer, songwriter, and performing artist started his musical journey as early as 1969. Listeners can follow Eddy Ganja on Instagram for updates on where he will perform The Darkest Night and other singles. The song available on all digital streaming platforms from 16 December 2022.

Without much ado, download and enjoy but do not forget to drop your comments below